Skip to content
Richard Hannay, a man with a boring life meets a woman with a thick accent who says she's a spy. When he takes her home, she is murdered. He soon becomes the prime suspect. A mysterious organization called “The 39 Steps” is hot on the man's trail in a nationwide manhunt as Hannay desperately tries to prove his innocence and uncover the dangerous truth behind what "The 39 Steps" really means. Four cast portray multiple characters in this parody of Hitchcock's 1935 film of the same name. A riotous blend of virtuoso performances and wildly inventive stagecraft, The 39 Steps amounts to an unforgettable evening of pure pleasure! Mix a Hitchcock masterpiece with a juicy spy novel, add a dash of Monty Python and you have The 39 Steps, a fast-paced whodunit for anyone who loves the magic of theatre! 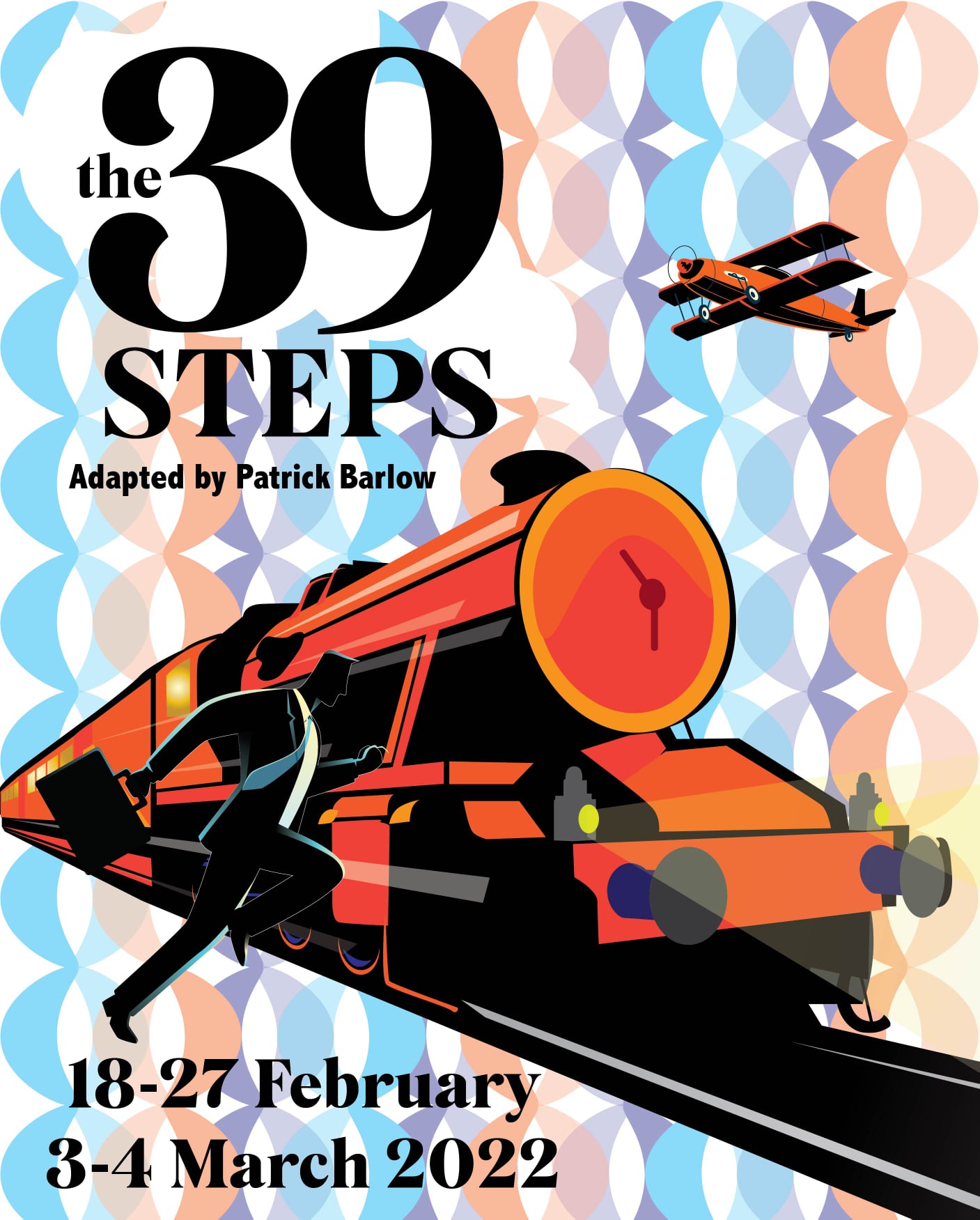