Skip to content
Set in Venice, and a balmy isle in the Mediterranean, this is the quintessential light opera of babies mixed-up at birth, set to “the happiest music ever written by an Englishman”. Cachucha, fandango, bolero, Sullivan was truly inspired to write such delicious Italian and Spanish melodies. Gilbert’s satire of Republicanism is still as fresh today as ever. “When everyone is somebody then no one’s anybody”. Marco and Giuseppe have just married their sweethearts, Gianetta and Tessa, who they won in a game of blind-man’s-buﬀ! On their wedding night, however, the Grand Inquisitor informs them that one of them is the rightful King of Barataria. Furthermore, he, whoever he is, was married in infancy to Casilda – the daughter of the Duke and Duchess of Plaza-Toro – who have just arrived in Venice to claim their daughter’s husband. 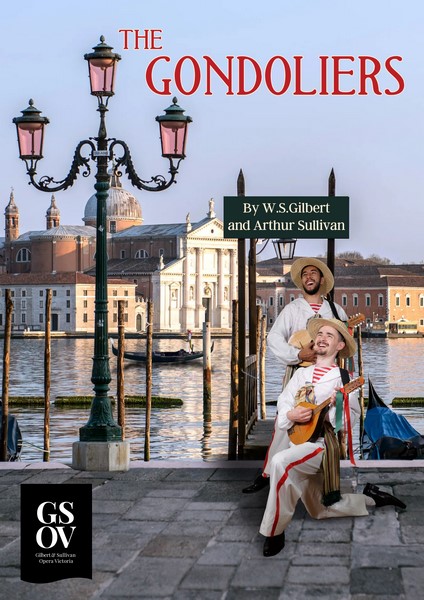