Skip to content
Beauty is in the eye of the ogre in Shrek The Musical Jr., based on the Oscar-winning DreamWorks Animation film and fantastic Broadway musical. It's a "big bright beautiful world" as everyone's favourite ogre, Shrek, leads a cast of fairy-tale misfits on an adventure to rescue a princess and find true acceptance. Part romance and part twisted fairy tale, Shrek Jr. is an irreverently fun show with a a powerful message for the whole family. Once upon a time, in a faraway swamp, there lived an ogre named Shrek. One day, Shrek finds his swamp invaded by banished fairytale misfits who have been cast off by Lord Farquaad, a tiny terror with big ambitions. When Shrek sets off with a wisecracking donkey to confront Farquaad, he's handed a task — if he rescues feisty princess Fiona, his swamp will be righted. Shrek tries to win Fiona’s love and vanquish Lord Farquaad, but a fairy-tale wouldn't be complete without a few twists and turns along the way. With imaginative sets and costumes, and a host of over-the-top fairy tale characters, there's fun for everyone in this dazzling adventure story. “Acting locally and thinking Globally” Diamond Valley Singers will donate proceeds from the performances to International Needs Australia and Open House in Macleod. 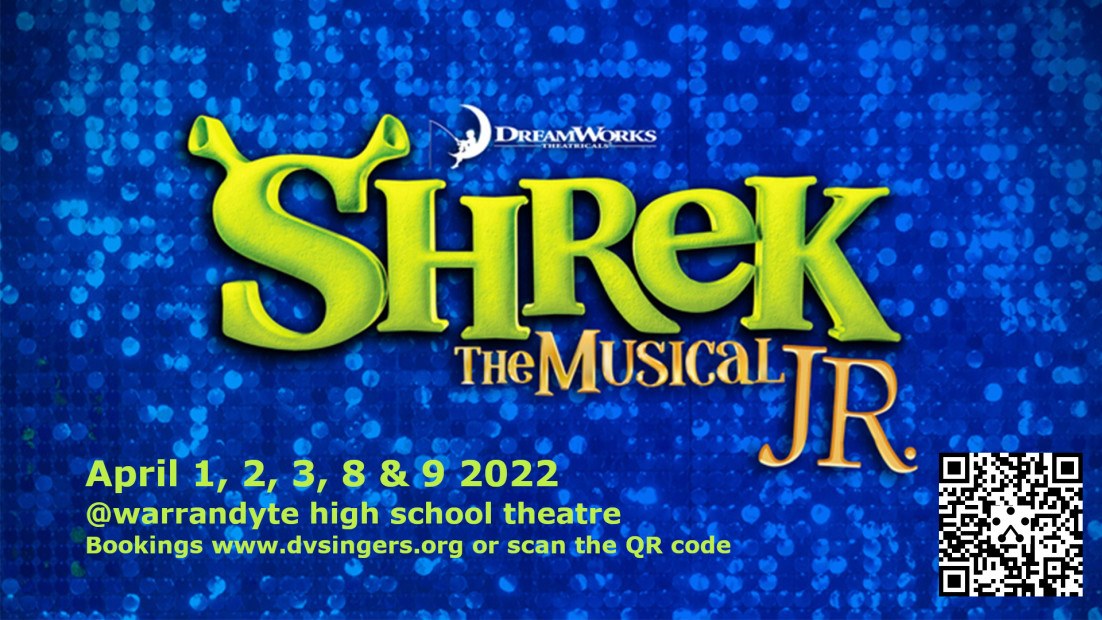