Skip to content
In a city threatened by economic crisis and compromised by corruption, a small-time but ambitious local gangster is on the rise. The truth becomes arbitrary and control the new currency in this riotously funny, farcical but all too familiar tale that asks the question; how could we let someone like that, rise to power? Written in 1941 by German playwright in exile, Bertolt Brecht. The Resistible Rise of Arturo Ui is a scathing satire of the political ascent of Hitler and the Nazi party. Fresh Theatre’s modern re-telling of this cautionary tale is both beautifully silly and politically poignant, with characters that are recognizable from both the past and the present. Murder, music, mayhem and wit combine in this brutally funny and searingly clever performance. Directors Shaz Mullens and James Cutler bring a vivid and distinctive vision to this great play. Presented outdoors, a talented ensemble of performers and musicians are surrounded on every side by stunning urban art in the secluded alleyway accessible space of The Backyard. Visually vibrant and politically provocative this play is big and it is brutal. Welcome to the Jungle. 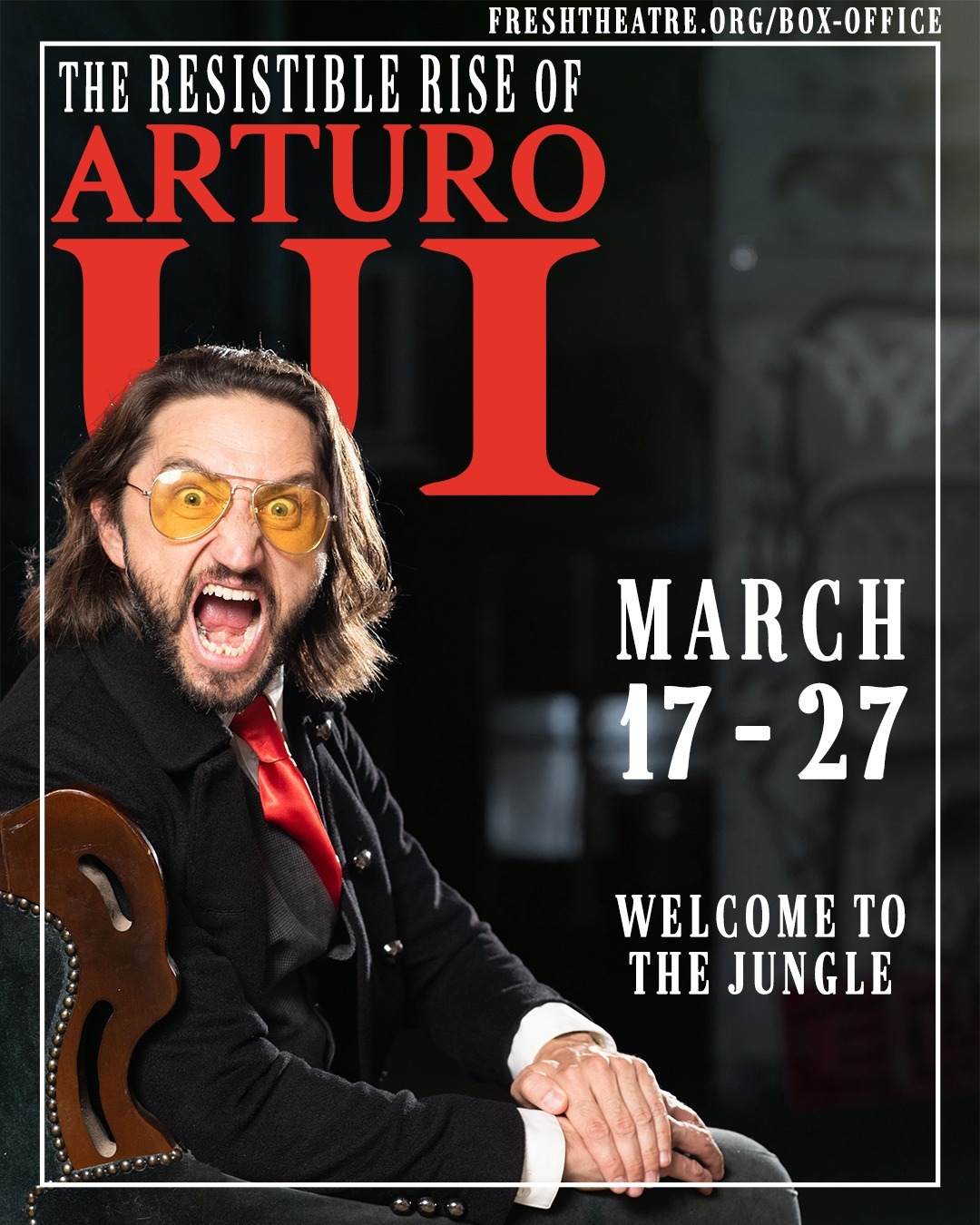