Skip to content
Season 3 for ELT is almost upon us with our One Act Play Season. Featuring 3 unique plays with the theme of Relationships and Death in the genre of a drama, a whodunnit and a comedy. DER KRIMINAL KOMMISSAR - written by Michael McLean The play is set in Hamburg in February 1940. Erika Lindner, a surgeon, is determined to smuggle her family out of the country. Her husband opposes the plan. Against his wishes, she has contacted an underground group who will meet them at their home and take them across the border into Denmark. On the evening of their departure, a police inspector arrives unexpectedly. It slowly emerges that he knows all about the plan and has set his own trap. He informs them that they are to be removed to a labour camp and their son adopted out to a reliable family. But more than one character has yet to reveal the truth. THE PATIENT- written by Agatha Christie When Mrs Wingfield fell over the balcony of her bedroom, no one could be sure whether it was an accident, attempted murder or failed suicide. She cannot speak or move except for the fingers of one hand. Inspector Cray suspects that there was an attempted murder, and Dr Ginsberg rigs an experiment to help solve the problem. Her relatives are summoned to the nursing home and, aided by an ingenious device, Mrs Wingfield is enabled to indicate quite clearly that there was an attempted murder. She recovers the power of speech just in time to foil another attempt on her life. NO CHOCOLATES BY REQUEST - written by Chris Hodson Alan’s life was actually pretty good, until quite recently. Then something happened - death. It's the end of all relationships. But is it the end? Due to some unfinished business and a shady relationship, Alan’s wife needs him now more than ever. When you include the in-laws, a criminal element, a psychic neighbour and a box of chocolates to the story it's not long before you see why Alan finds it hard to move on. 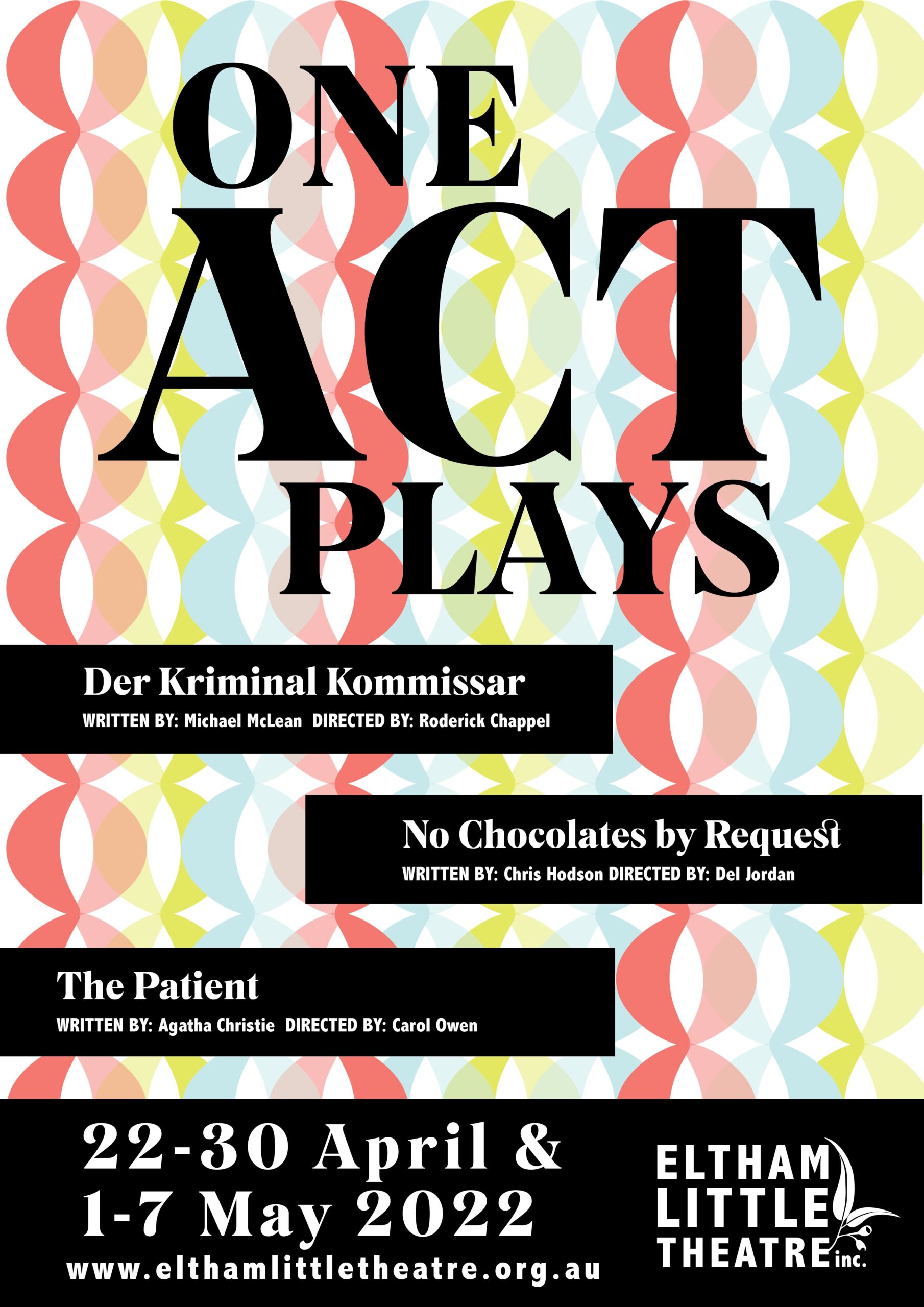